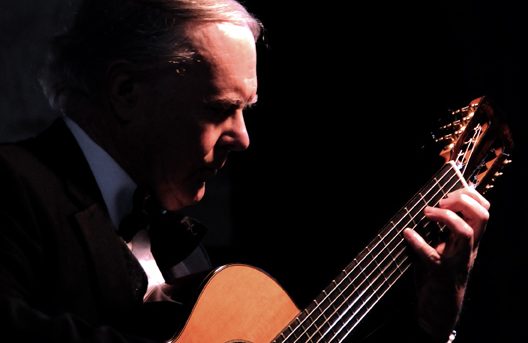 Born in Kingston upon Thames in 1947, John Mills studied guitar first at the Spanish Guitar Centre, London, and later at the Royal College of Music under the professorship of John Williams. In 1968 he studied at the famous series of master-classes held in Santiago de Compostela in Spain given by the legendary maestro Andrés Segovia, and in 1970 played in classes given by Julian Bream at the University of Warwick.

Following graduation from the RCM in 1969, he was appointed Head of Guitar at the RCM’s Junior Department a position he held for several years. In 1970 he was a prize-winner in the Greater London Arts Association’s Young Performers Competition which resulted in him taking part in a concert at the Purcell Room. John Mills’ official solo London debut took place in 1971 at the Wigmore Hall, and he then made his international debut the following year with a tour of Eastern Canada.

John Mills was a frequent performer on both BBC Radio 2 and Radio 3, including several live broadcasts from centres such as Manchester and Bristol, and recorded a number of albums for several labels in the UK. He has contributed a large number of articles to guitar magazines over the last 30 years, as well as being the author of a best-selling method for the guitar published by Music Sales.

Following a number of years as a soloist during which time he performed in over 25 countries, including Japan, the USA, and Australia, he moved to New Zealand where he was Head of Guitar at the Nelson School of Music from 1985 to 1988. An offer of a professorship at the Royal Academy of Music meant a return to the UK in 1988, an appointment he held for 20 years, and he was appointed Co-ordinator of Guitar at the then Welsh College of Music & Drama in the early 1990s.

John Mills continues to perform internationally, as well as giving frequent master-classes, seminars and workshops. He was also associated for around 18 years with the celebrated International Classical Guitar Summer School & Festival, held at West Dean, eleven of those as Director, finishing in 2012.

As well as teaching and a solo performing career, he also is very active in the field of chamber music with duos consisting of guitar and violin, harpsichord, piano, voice, and of course music for two guitars with his wife Cobie Smit.