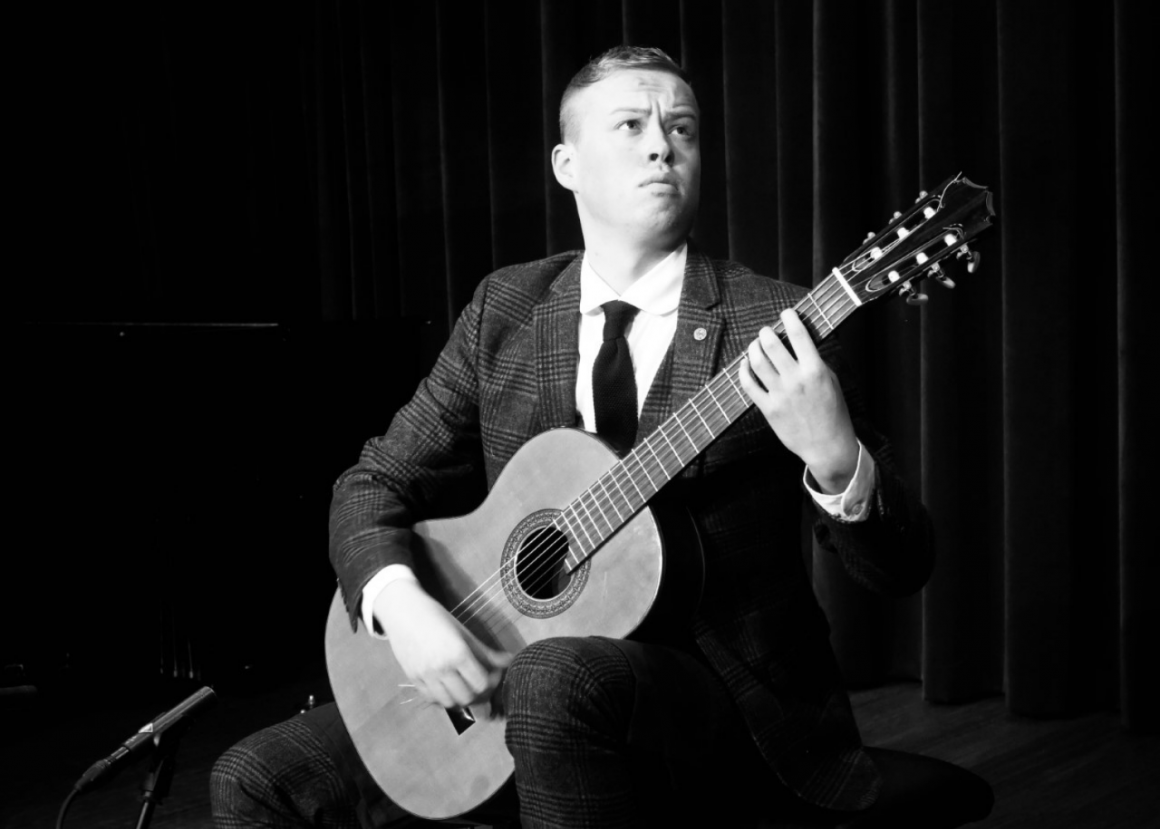 Rick Doornbos (1996) is a guitarist from the north of the Netherlands. From the moment he first started playing the guitar at the age of 9, it was clear to him that he wanted to do nothing more than that. In those first years of guitar lessons he was actually already busy with creative things. He’d rather play his own compositions than the pieces he got from his teacher. Over the years that hasn’t changed much; he still likes to play his own compositions.
Rick started at the age of 19 with Sabrina Vlaskalic at the Prince Claus Conservatory in Groningen. He graduated cum laude for his bachelor last year and is currently studying Music Teaching and the Master of Music, both at the same institute.
Rick has had several guitar teachers at the conservatory. Besides the aforementioned Sabrina Vlaskalic, he also had lessons with Goran Krivokapic and nowadays he has lessons with Kristina Vårlid.
Rick has also taken many masterclasses, with Leo Brouwer, Aniello Desiderio and Gabriel Bianco, among others.
During his performances Rick is always busy with new, creative ways of interpreting the music he plays. It’s important for him to tell his own story with the pieces he plays.
Finally, Rick is busy composing a lot. During concerts he always tries to do a mix of compositions of others and compositions of himself.