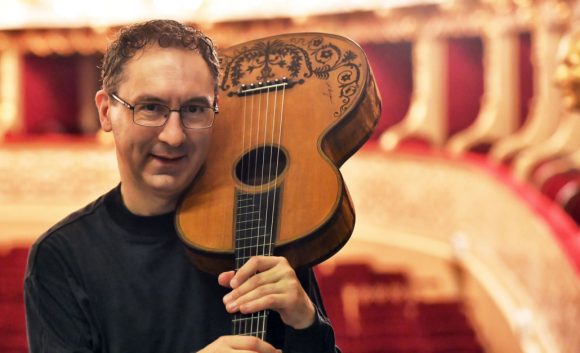 Giampaolo Bandini is now considered one of the best Italian guitarists of the international scene. In 2003, he was nominated best Italian guitarist of the year by the readers of Guitart magazine. He graduated with top marks at the age of nineteen, owing his musical training to Maestro Giovanni Puddu. On the chamber music side, he trained at the prestigious Piano Academy of Imola, studying with musicians such as Pier Narciso Masi, Alexander Lonquich, Dario De Rosa, Maureen Jones and Franco Gulli, obtaining the Master’s Degree as best chamber music ensemble. Giampaolo Bandini has been a member of the only guitar duo that managed to enter the roll of honour of the most prestigious national and international chamber music competitions, achieving the overall 1st prize at the following: XI Competition “City of Caltanissetta” (member of the Federation of International Competitions in Geneva) 1995; Perugia Classico, “City of Gubbio” Prize, Competition “F. Cilea” City of Palmi, Selection A.R.A.M.-Rome, National Selection Musical Youth of Italy.
He plays on a guitar made especially for him by the Master luthier Antonino Scandurra.