I built my first guitar in 1986. In spite of the satisfying result in this first guitar, my family and my activities as an Instrumentmaker in the healthcare sector prevented me from building guitars for a long period.

This changed in 2003 when I discovered the Center for Musical Instrument Building in Belgium. After completing the module steelstring guitar where I was taught by Jacky Walraet, I was now so seized by the guitar building that a number of follow-up modules followed. I also followed the restoration and repair techniques modules and studied classical guitar building for 6 years with Walter Verreydt.

In 2011 I won the first prize at the Dutch guitar builders meeting. In 2014 I received “the Golden fingerplane” an annual prize from the Center for Musical Instrument Building CMB to encourage promising talent. This was a strong motivation to continue in the beautiful profession of luthier.

In 2015 I was able to do an internship with Lorenzo Frignani in Modena I graduated in 2015. In terms of sound, I prefer Instruments built in the “golden” era of the Spanish guitar, roughly from 1870-1930. Major examples are Antonio de Torres, Manuel Ramirez, Enrique Garcia and Santos Hernandez. I build according to the classic Spanish method whereby I use as much as possible the traditional techniques, materials and tools. I make historically justified copies of Instruments from these builders, approaching the original instruments in terms of both appearance and sound as perfect as possible. The knowledge I gain by building according the old masters, will eventually result in a model of my own signature.

Since 2014, I have been participating in the Leonardo Guitar Research Project, which is conducting research into alternative European wood species as a substitute for tropical endangered woods, used in the guitar industry.

I am looking forward to meet you all at the 2nd Guitar Concerto Competition & Festival, 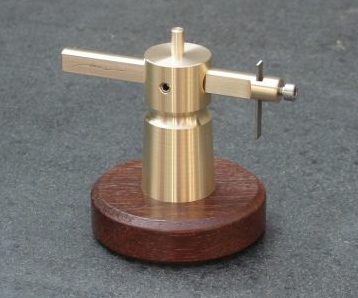 When commercial tools do not meet the standard required, as a professional toolmaker Hans is able to make his own Luthier Tools! 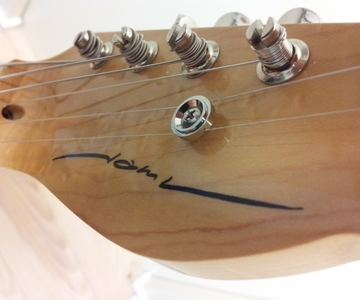 Steel string guitars are built according to the traditions established by Martin and d’Angelico, but the younger classics like Fender and Gibson also serve as an inspiration. All guitars are built by hand from a refined selection of wood!