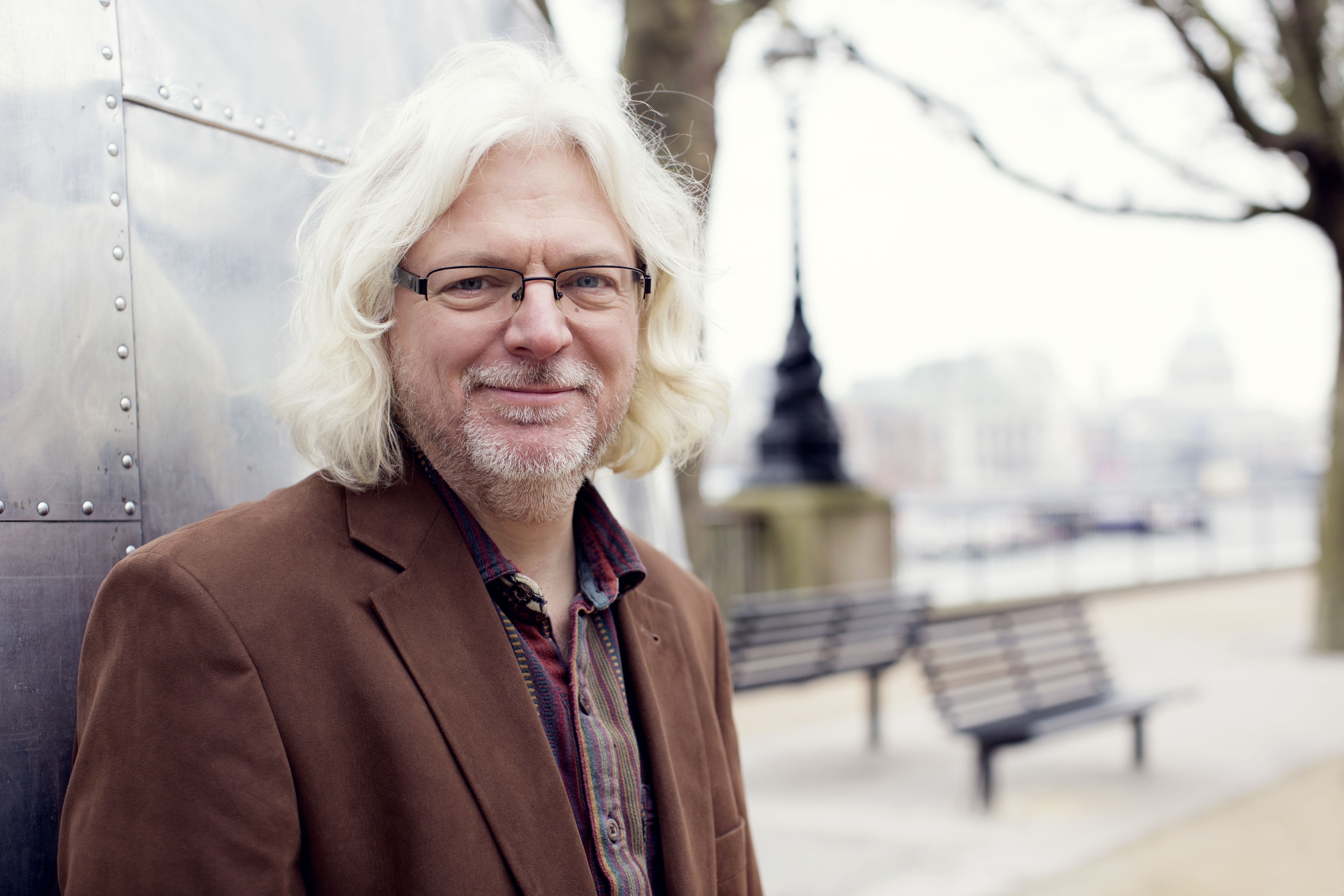 Stephen Goss’s music receives hundreds of performances worldwide each year. It has been recorded on over 80 CDs by more than a dozen record labels, including EMI, Decca, Telarc, Virgin Classics, Naxos, and Deutsche Grammophon. His output embraces multiple genres: orchestral and choral works, chamber music, and solo pieces.
Goss’s work is marked by a fascination with time and place – both immediate and remote – and the musical styles that evoke them. In many of his compositions, contrasting styles are juxtaposed through abrupt changes of gear. His compositional voice is shaped by his parallel career as a guitarist – that is to say, as a performer, transcriber, arranger, improviser and collaborator with other composers and performers. Not surprisingly, his music often tests the boundaries between all these activities and original composition.
Several of Goss’s recent projects have involved the legendary guitarist John Williams, including his  Guitar Concerto , which Williams recorded and played on tour with the Royal Philharmonic Orchestra. Some of the world’s leading orchestras to have performed his works include The Russian National Orchestra (under Mikhail Pletnev), The China National Symphony Orchestra, The Royal Liverpool Philharmonic Orchestra, The State Symphony Orchestra ‘New Russia’, The RTÉ National Symphony Orchestra, The Boulder Philharmonic Orchestra, The Scottish Chamber Orchestra, and The Barcelona Symphony Orchestra. Commissions have come from guitarists David Russell, Miloš Karadaglić and Xuefei Yang (including chamber works with cellist Natalie Clein and tenor Ian Bostridge).

Goss has also collaborated with Andrew Lloyd Webber, Alt-J, and Avi Avital. As a guitarist, he has worked with Takemitsu, Henze, Peter Maxwell Davies and Elliott Carter, and toured and recorded extensively with the Tetra Guitar Quartet, various other ensembles, and as a soloist. Stephen Goss is Chair of Composition at the University of Surrey (UK), Director of the International Guitar Research Centre, and a Professor of Guitar at the Royal Academy of Music in London. In 2018 he was made a Fellow of the Royal Academy of Music, an honour limited to 300 living people. He was born in Wales on 2nd February 1964.