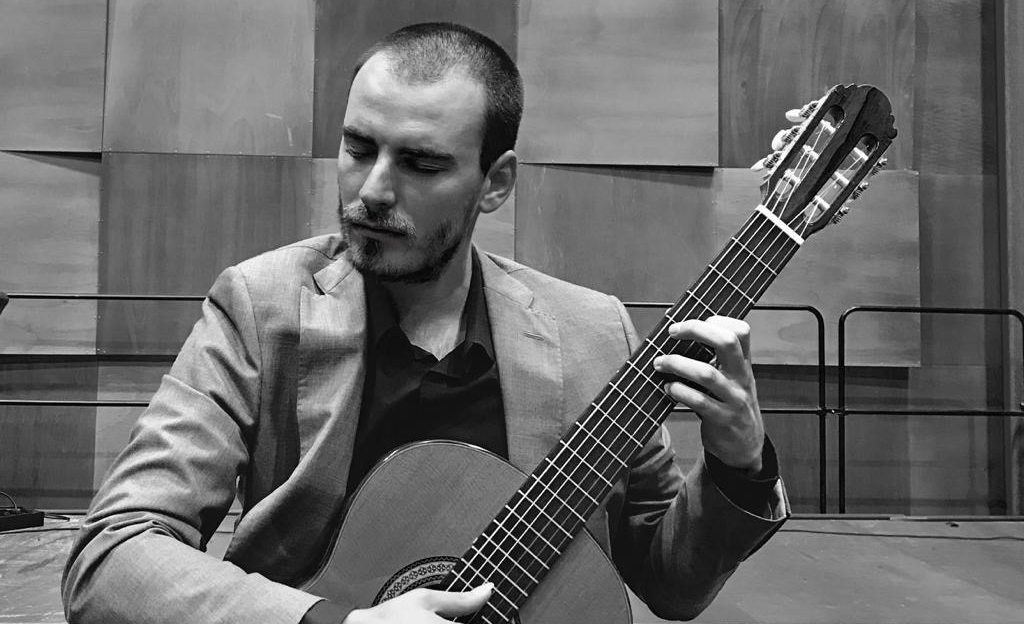 João Amaro born in 1991, first began his music studies at the age of 5 at the Notas Soltas music school, where he learned both piano and guitar. At the age of 14 he joinedS. José Conservatoire in his hometown of Guarda, Portugal where he carried on his studies in Classical Guitar.

In 2008 J. Amaro entered EPABI (Escola Profissional de Artes da Beira Interior) where after 3 years he finished his professional basic course in Classical Guitar with the maximum score. He remained in EPABI for 2 years more under the direction of Prof. Pedro Alberto González, while at the same time teaching at the Banda da Covilhã music academy.

He concluded his professional music studies with distiction at Escola Metropolitana de Lisboaunder the direction of Prof. Mickael Viegas.

In 2017 he finished his bachelor’sdegree in Classical Guitar under the direction of Prof. António Jorge Gonçalves at ESML (Escola superior de Música Lisboa) in Lisbon. Currently he is finishing hismaster’s degree in music performanceat Prince Claus Conservatoire under the direction of Profª Sabrina Vlaskalicon the subject of Non-Idiomatic 20tht Century Guitar repertoire.

During his studies João Amaro had the opportunity to work with renamed world class players such as Aniello Desiderio, Dejan Ivanovic, Goran Krivokapic, Carlo Marchione, Zoran Dukic, Hubert Kappel and others.

Throughout the years J. Amaro has been performing regularly in both Solo and Chamber Music formations, as in multiple music styles groups from Renascence to Modern/Electronic XX Century Music.