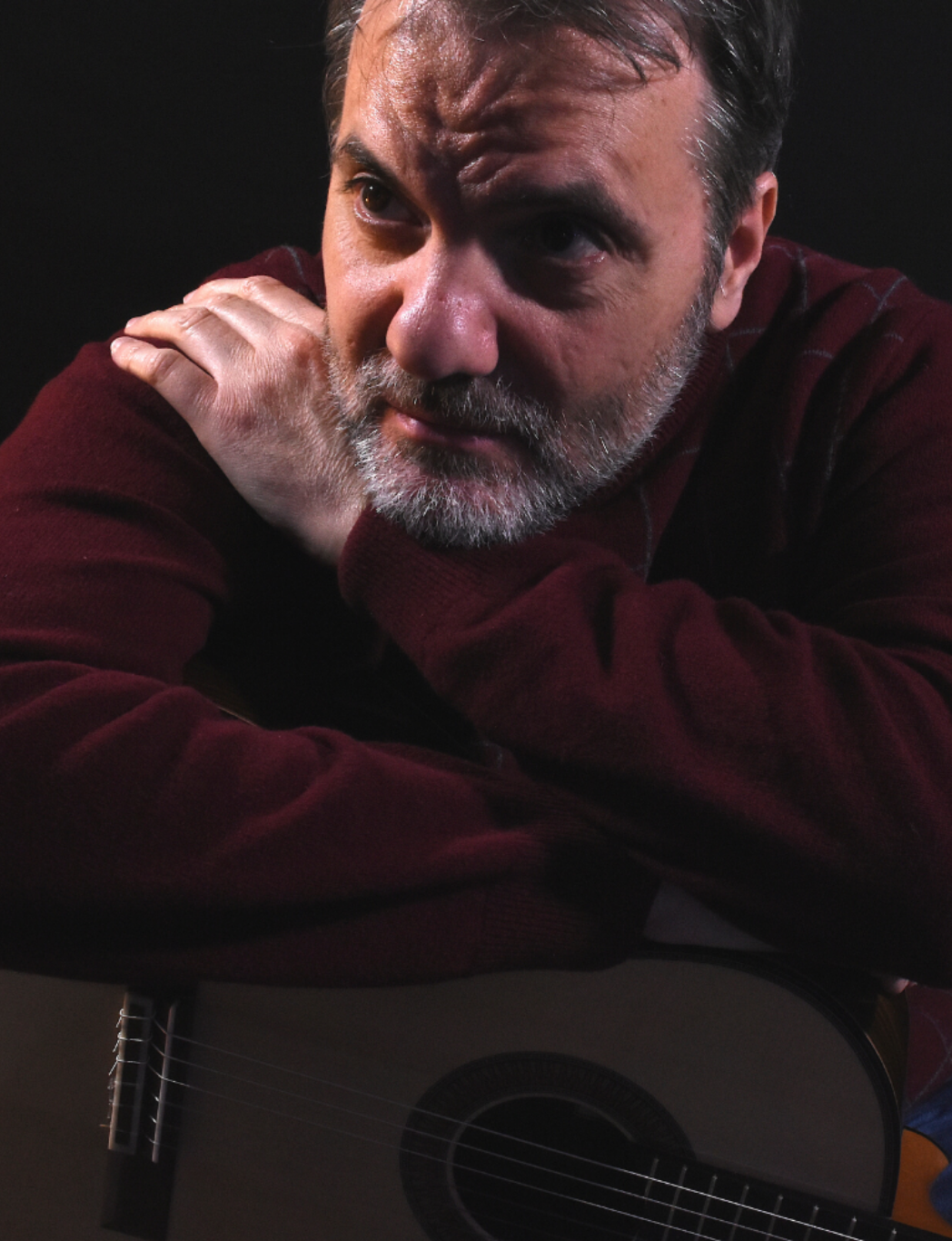 Carlo Marchione, winner of seven major prizes at international competitions, has been part of the leading group of classical guitarists of the last 30 years. Carlo has performed as a solo guitarist, with orchestras and chamber music ensembles. Nowadays he is a professor and regularly gives masterclasses at various European Conservatoires .

For his outstanding contribution to the development of the guitar, in 2017 he has been awarded with one of the most prestigious international prizes for the didactic: the Golden Guitar.

He started taking guitar lessons from the age of 10 with  Master L. Cauzzo, and later on with L. Gallucci. In 1976, he entered the local ‘Conservatorio Santa Cecilia’ in his native town, passing the entrance exam in 1st place out of 100 applicants. There he studied with Mario Gangi, graduating with honours in 1983.In the course of his career he has been awarded many top prizes in International competitions (Ancona 1979/80, “L. Legnani” Parma 1981, “M. Giuliani” 1982, “Ville de Sablé” 1985, Gargnano 1989, “N. Paganini” 1991, “Città di Latina” 1992). Besides that, he has inspired composers such as A. Carlevaro, C. Domeniconi, S.Iannarelli, K.Vassiliev, A. Ourkouzounov, G.Drozd and J. Duarte to write pieces for him. Always looking for new ideas for his repertoire, he discovered almost forgotten compositions which come out like jewels through his genial transcriptions.