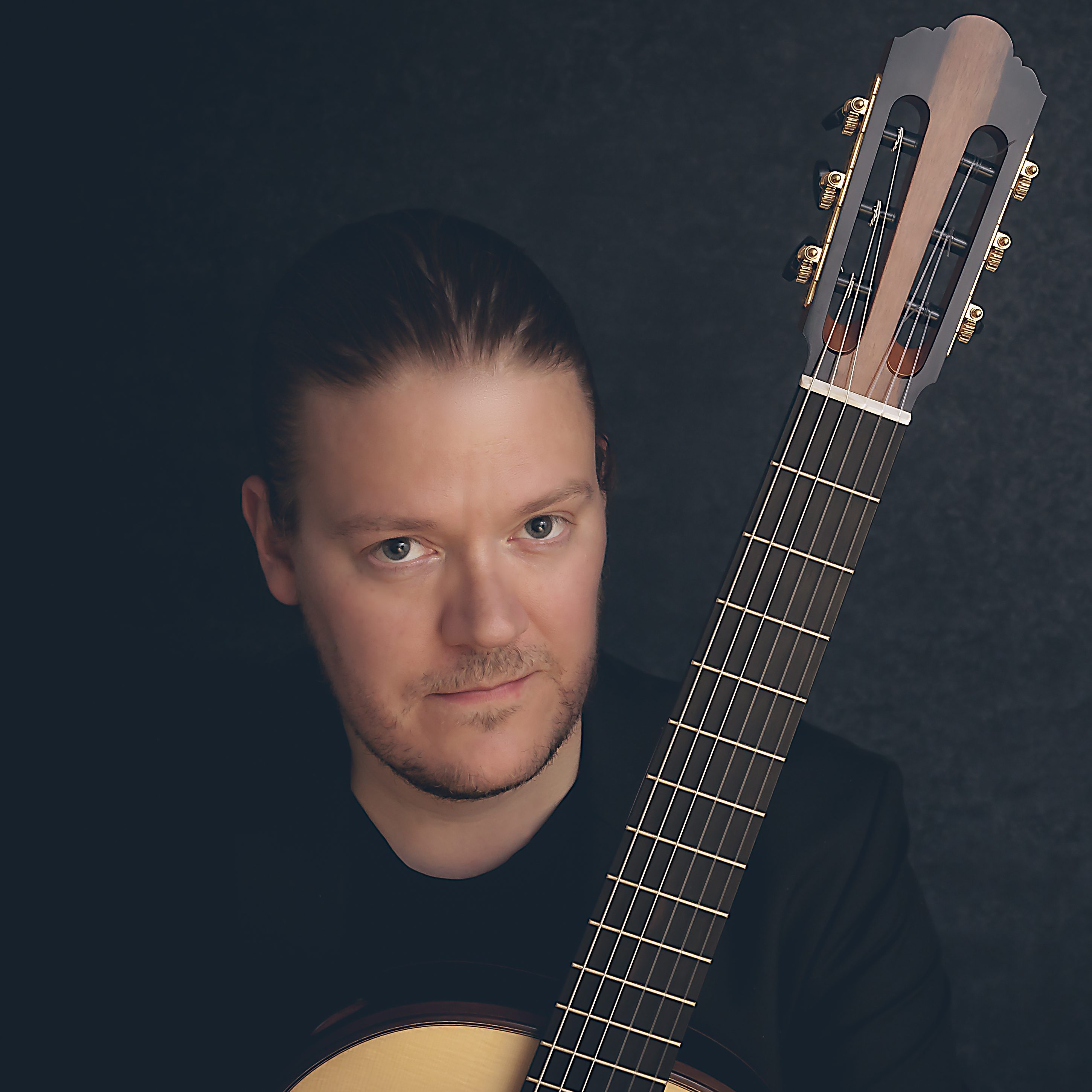 Otto Tolonen is one of the most versatile and active classical guitarists of his generation. He is an artist who is constantly looking for new repertoire and experimenting with new concert forms and techniques. His career took off when he won top prizes in 20 international guitar competitions between 1995 and 2009, among them the Andrés Segovia (Herradura, Spain), the Markneukirchen (Germany), the Tokyo International and the Guitar Foundation of America.

Tolonen is an active soloist and chamber musician and has performed across Europe, the Americas and Japan. He commands a wide range of musical styles. In his choice of repertoire, he sets the highest quality standards: the dense polyphony of the chromatic fantasies of John Dowland, the complex spectral modulations in Tristan Murail’s Tellur, and the French sound refinement of Georges Migot and Gustave Samazeuihl are just a few examples. He meets these very different requirements with a clear awareness of his musical means, with assurance, sensitivity and intelligence.

A guitarist with extensive teaching experience, Otto Tolonen is professor at Norwegian Academy of Music (Oslo) and teaches also at Sibelius Academy (Helsinki). Tolonen has taught at masterclasses both in his native Finland and in Brazil, Germany, Holland, Italy, Russia, Sweden, the UK and the United States.

Tolonen has completed extensive studies at the Sibelius Academy, from the Junior Academy to the Docmus doctoral school. His current research focuses on European guitar music and musical styles from the latter part of the 20th century. In addition to his studies with Jukka Savijoki and Timo Korhonen at the Sibelius Academy, he has studied with Raphaella Smits in Belgium, Thomas Müller- Pering and Jürgen Ruck in Germany and Oscar Ghiglia in Italy.