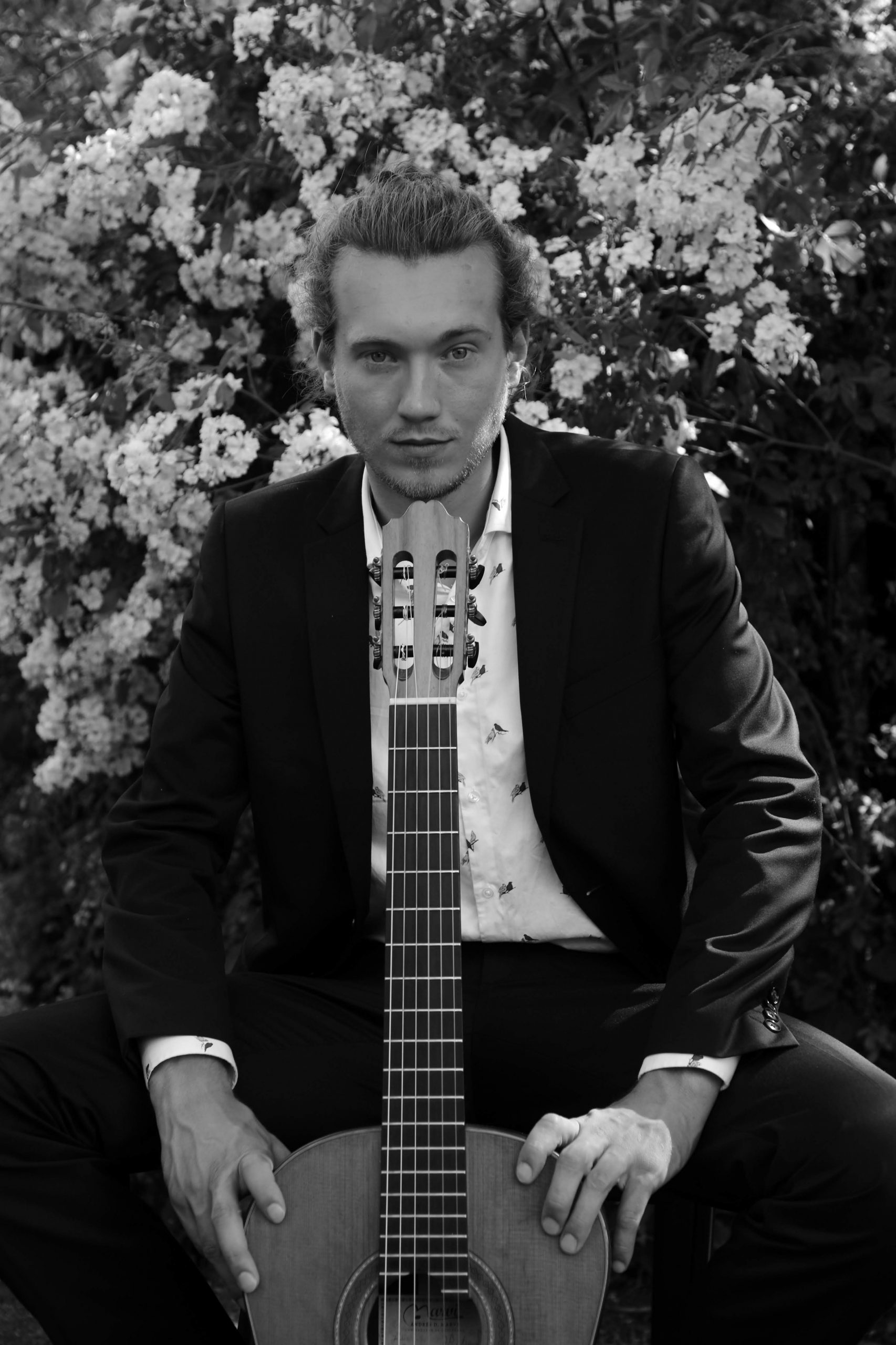 Joost Meijer (1994) from Groningen, the Netherlands, is an active guitarist who is involved in many different styles. Joost began taking classical guitar lessons from Thom Brouwer at the age of seven, with whom he studied for eight years (Classical and Latin). At the age of twelve Joost taught himself to play Flamenco and additionally he started playing his first electric guitar.

After two years of studying at the PABO Joost decided to switch to the Prins Claus Conservatory in Groningen where he studied with Sabrina Vlaskalic, Goran Krivokapic and Kristina Varlid. At present, Joost is in the final year of his music bachelor’s degree which he will complete this year.

In 2018 Joost also became active at the Dutch Guitar Foundation, a foundation for the preservation of the classical guitar in the Netherlands founded by Sabrina Vlaskalic. In this foundation Joost expresses his organizational skills as well as his technical skills.

At the moment, Joost is active as a composer, writer, musician and producer in several projects including ‘Lange Mannen Met Haast’, with whom he produced his first album in 2020 (listenable on Spotify).