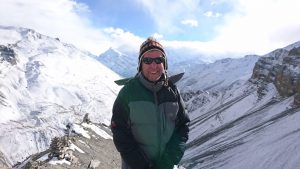 Remco de Haan is a former member of the Groningen Guitar Duo. In 1988 the duo won the first prize at the `Troi¬sième Concours International de Guitare en Duo’ in Montéli¬mar, France. They performed on all continents and gave concerts in halls such as Carnegie Hall – New York, Bunka Kaikan – Tokyo and Purcell Room – Londen. Radio- and television recordings were made by the BBC, ORTF, NOS and the Turkish, Suriname, Colombian, Ecuadorian en Israeli television. The eighth cd of the duo, titled ‘the John McLaughlin Suites’, contains arrangements made by the GGD of the music of the British jazz guitarist John McLaughlin. In 2004 the duo released the ninth cd ‘Dedicatoria’, which has been dedicated to the legendary guitarist Julian Bream. Julian Bream himself wrote about the cd: ‘this album sounds very well, thank you for the dedication’. In 2007 the cd ‘The Crimson King Fantasy’ was released, containing arrangements of music by the British rockband King Crimson. Guitarist and founder of King Crimson Robert Fripp wrote about the arrangement: ‘My congratulations on your work. Superb’.

In 2009 the cd ‘The Body Of Your Dreams’ was released. This cd contains the complete works for two guitars by the Dutch composer Jacob ter Veldhuis. Nearly all the compositions on this cd have been dedicated to the Groningen Guitar Duo. Remco is currenly working at the Prince Claus Conservatory in Groningen, coordinating the modules ‘entrepreneurship for musicians’ in both bachelor and master.